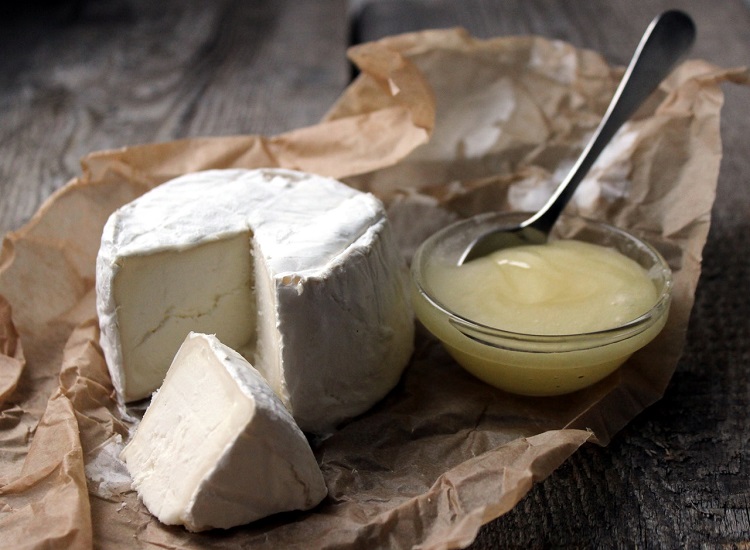 Mike Brennenstuhl – Mike began his career as a cheesemaker in 1976. Growing up in a Northeastern Wisconsin cheese family, Mike was exposed to Wisconsin’s cheesemaking heritage very early on in his life. Mike has committed his entire life to the cheese industry. Making quality cheese has been the single most important focus in his career. Mike has over 32 years of experience as a Wisconsin Licensed Cheesemaker.

Learning the art of cheesemaking was and remains Mike’s enduring passion. While Mike now operates Seymour as the President and CEO, he remains active in the manufacture of all the cheeses that Seymour produces.

Mike has worked for numerous large cheese manufacturers throughout his career and has gained a tremendous amount of experience in creating quality cheeses and has been instrumental in creating innovative new cheeses for the industry.

Mike was judged as the 1993 overall Champion Cheesemaker while employed by Land O’ Lakes submitting a Cheddar Block that was judged as the best cheese in the United States that year. Over his career, Mike has won numerous awards for many different varieties of cheese.

Ronald Laabs – Ron began his career in the cheese industry in 1977 when he started making cheese for Eiler’s Cheese in Depere, WI. Eiler’s was owned and operated by Jerry Nellis.

Ron continued his cheesemaking career by working for White Clover Dairy from 1997 through 2005 making many specialty varieties of cheese that include, Gouda, Edam, Feta, Kosher cheeses, Cheddar, Reduced fat American cheeses, Hispanic cheeses, Havarti and many other types of cheese varieties.
Ron has won numerous awards for cheesemaking including World Champion in Feta cheese as well as awards in Gouda and Edam. Ron’s experience spans over 30 years of making Artisan-style cheeses.

Rob Richter – Rob was first introduced to the art of Cheesemaking while working as a project manager during a cheese plant renovation. During the renovation, Rob grew increasingly intrigued by the passion, dedication, and art involved in making quality cheeses. Prior to this life-altering experience Rob found himself in the trades (construction, plumbing, electrical, hydraulics, pneumatics, etc.).

Having a newfound interest in the art of Cheesemaking Rob dedicated his time to taking class after class, absorbing the intricate details of this profound art like a sponge. During this time Rob found that his interest was especially peaked by Blue Cheese.

Through formal education, experimentation, and mentoring Rob became the fine Cheesemaker that he is today; Artfully executing his craft for Seymour Dairy Products, Inc.

Scott McDermid – Scott is our newest Cheesemaker. Scott applied for a “General Position” when Seymour began as a business in 2005. Because of his strong desire to learn and being committed to the company, Scott has earned an opportunity to grow and be mentored by our team of experienced Cheesemakers. Scott has had his Wisconsin Cheesemaker’s License since 2008 and is learning more and more each day.

Grain-Free, Organic and All Natural

Treating Staph Infection with the Use of Grapefruit Seed Extract